Intelliprint is a powerful, yet easy to use, hybrid mail solution that is perfect for businesses of all sizes. By becoming an Intelliprint reseller, you can offer your customers a white-labeled version of the software that is customised with your own branding and pricing. 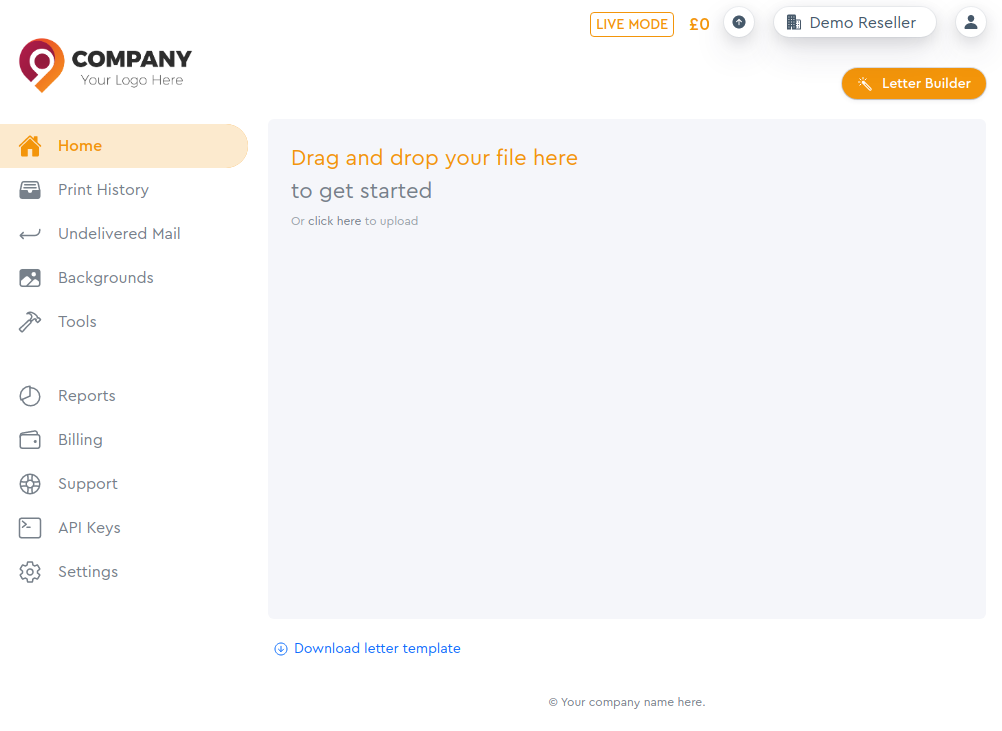 Use Intelliprint on your own domain with your own branding and pricing model.

We’re here to help you grow your business. So concentrate on signups and we’ll handle everything else.

No setup fee or signup costs

Our pricing model is simple. You only pay for what your customers send. No signup fee’s or setup costs.

No setup fee or signup costs

Allow users to sign up to your platform and submit documents for mailing. We’ll take care of all the printing and postage. 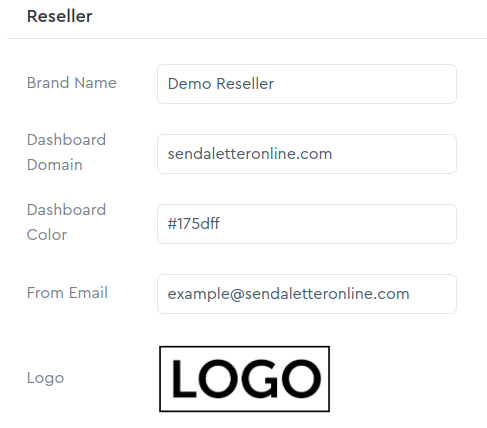 This is currently managed by the Intelliprint team.

During the setup process, we will ask you to provide the following information.

Running the Intelliprint service on your own custom domain is an important tool in building your brand and creating a professional presence online. Our team has made this process exceptionally simple, allowing you to quickly and easily connect your existing domain to our platform.

We just require two CNAME records to be added to your domain name settings (DNS) these will be provided to your during your account setup.

In order for us to send transactional mail on your behalf, we require two DKIM records to be added to your domain name settings (DNS) these will be provided to you during the setup process and are used for:

When it comes to pricing, one of the most important things to understand is that it’s all handled by a markup. This means that instead of arbitrarily setting fixed rates for your customers, you instead use the standard Intelliprint rates as a starting point and then adjust them according to your desired markup. These standard Intelliprint rates can be found on the pricing page at https://www.intelliprint.net/pricing/

You can manage your markup in two ways

Per Customer Markup – This allows you to set a specific markup per customer and overrides the default markup pricing. (See Sub accounts for more information)

Example: Continuing from the example above.
A 1 paged, 2nd Class C5 Letter is currently 53p (at the time of writing, April 2022)
Each additional page is charged at 3.7p per page

Let’s assume a customer is sending a 10-page letter. }
If you were to set the “Per Extra Page” markup to 0.02, your customers would pay:

Are you ready for Flatsome?

Buy license
Read more about licensing
This site uses cookies to offer you a better browsing experience. By browsing this website, you agree to our use of cookies.
Accept